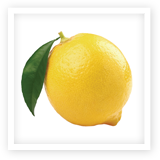 Lemons were known to the Jews who, according to Josephus, pelted an errant high priest with them during a festival in 90BC. They entered Europe near southern Italy no later than the first century AD, during the time of Ancient Rome. However, they were not widely cultivated. They were later introduced to Persia and then to Iraq and Egypt around 700 A.D. The lemon was first recorded in literature in a 10th-century Arabic treatise on farming.